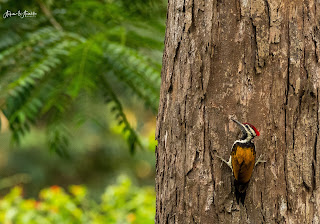 The boy has had stomach issues ever since he was a child. He has consulted many doctors all over the country, all types of medicines and treatments. Every doctor he visited, suggested something new. But they agreed on one thing...he would probably have to live his entire life with his stomach issues. They said it wasn't curable. By the time he reached his 20s, he had accepted his fate.

But then something changed. Life took some unexpected turns and he found himself in a different country, with less population, less pollution, more greenery, cleaner air and water. Like magic, his stomach problems were gone. With a magical touch of nature, the problems that the entire medical community said were not curable, was cured.

This isn't just a random story. This is a story of my friend but sadly becoming more and more common among the next generation.
at January 15, 2020
Email ThisBlogThis!Share to TwitterShare to FacebookShare to Pinterest
Labels: Birds, Human