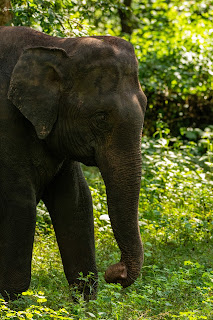 "You will reap what you sow" , we learn this saying at a very young age. Many languages I think would have their own version of this saying, at least I know the languages I know have. But that still doesn't mean we have learnt anything.

What we are doing to earth, will sooner or later come back to haunt us, sadly it seems to be sooner than later. Natural disasters caused economic losses up to $225 billion across the world in 2018.

It is the third consecutive year when losses due to natural catastrophes crossed the $200 billion threshold and the 10th time this happened since 2000, says the Weather, Climate & Catastrophe Insight: 2018 Annual Report. The report estimates that 95 per cent of the total loss, amounting to $215 billion, was due to weather-related disasters.

There are many countries in this world who don't have the budget of this magnitude that we are losing due to our own actions. Many times the argument for environment abuse is the need for growth but no one talks about the cost of growth. It is high time that we start looking at the cost and benefit of these "developments".
at January 10, 2020
Email ThisBlogThis!Share to TwitterShare to FacebookShare to Pinterest
Labels: Elephant