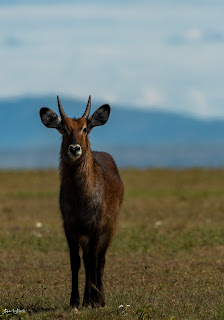 Fire season in Australia is always dangerous --But conditions have been unusually severe this year, fanning the flames and making firefighting conditions particularly difficult. Australia is experiencing one of its worst droughts in decades -- the country's Bureau of Meteorology said in December that last spring was the driest on record. Meanwhile, a heatwave in December broke the record for highest nationwide average temperature, with some places sweltering under temperatures well above 40 degrees Celsius (about 113-120 degrees Fahrenheit). Strong winds have also made the fires and smoke spread more rapidly, and have led to fatalities.
Experts say climate change has worsened the scope and impact of natural disasters like fires and floods -- weather conditions are growing more extreme, and for years, the fires have been starting earlier in the season and spreading with greater intensity.
Unfortunately, Australia is only just entering its summer season. Normally, temperatures peak in January and February, meaning the country could be months away from finding relief.
The fires are unlikely to end entirely since they are an annually occurring event -- and may even get worse if recent years are a guide.
P.S - Environmental concerns have reached more places than we have. The picture doesn't show fracking. Picture shows fresh water sources that are critical to our existence.
Source- https://www.cnn.com/2020/01/01/australia/australia-fires-explainer-intl-hnk-scli/index.html
https://www.thehindu.com/news/international/authorities-warn-australian-bushfires-developing-their-own-weather-systems/article30477484.ece