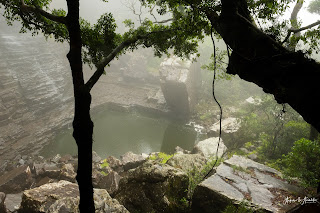 Have you recently been to any event, may it be a corporate event or a personal celebration? If yes, then you would have seen the smallest water bottles ever invented.

I genuinely don't know what is the purpose of these bottles. No one, I mean, no one can be satisfied with that small bottle of water. The amount of plastic which is being consumed because the sheer size of that bottle and the number of people attending an event makes me nauseous.

I saw one event lasting couple of days and the number of bottles that got used and thrown away would fill up more than the huge venue that hosted the event.

I remember as a kid going to these events and many a times I would see a system of steel glasses and a huge tumbler of water. What happened to that system? I grew up seeing this system work, never appreciated it as much as I should have. Why does it look cool to pollute the world but not to preserve the world.
at November 16, 2019 No comments:
Email ThisBlogThis!Share to TwitterShare to FacebookShare to Pinterest
Labels: Plastic, Pollution
Location: Graskop, 1270, South Africa 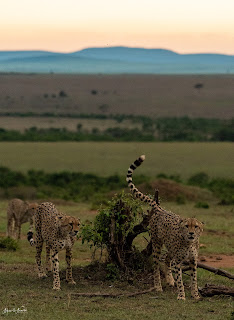 Social behavior or big cats may vary widely. Tigers are solitary animals whereas lions live in prides. Cheetahs are not as solitary as tigers, neither do they live in big prides. Female cheetahs mostly stay and hunt alone. They stay with their cubs until they are about 2 years old. Then the cubs separate from the mother. Male cheetahs sometimes make coalition to make their lives easier in the wild. The famous 5 brothers of Masai Mara are an example of such a coalition. Cheetahs start reproducing at a very young age. Females give birth to 2 to 8 cubs at a time. The mother takes care of the young all by herself.

Cheetahs are the only big cats that cannot roar, but they can meow. They also purr when they are close to other cheetahs. They live in dry savannahs and can survive without drinking water for upto 3 days.

This magnificent beauty is now on vulnerable list for extinction according to IUCN red list. The biggest threats against their survival is poaching, loss of habitat and higher degree of competition from other big cats or scavengers due to limited habitat. With only a few thousand individuals left in the wild, a day might come when seeing a cheetah in the wild is not an option anymore, unless we stop encroaching into cheetah and other big cats habitat.

at November 15, 2019 No comments:
Email ThisBlogThis!Share to TwitterShare to FacebookShare to Pinterest
Labels: Animals, Cheeta 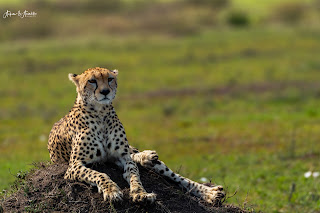 Cheetahs are the fastest land animals, but they aren't the strongest. They have incredible eye sight which helps them spot their prey from a few kilometers away. They like high vantage points to spot their prey. Because of this, many times they climb on to the tourist vehicles.

How does such a close encounter affect us as well as the cheetahs? In the era of social media, cheetah climbing up the vehicle is perceived to be an ultimate adventure. To be so close to a cheetah means a quick internet sensation amongst friends. Guides and drivers deliberately go close to the cheetahs to encourage them to climb up. So the tourists get an adrenaline rush and perhaps fame in the social media.

But many wildlife experts have raised concerns over this. The cheetahs can hurt themselves while climbing up the vehicle.  In the wild, with prides of lions or leopards or scavengers like hyenas roaming around, hurting themselves may mean the end of life for a cheetah. Also when cheetahs come so close to humans, they grow familiar with human presence and cannot differentiate between innocent tourists and poachers.

Thankfully Kenyan forest department has banned such actions so that guides and drivers maintain safe distance from the animals.
at November 14, 2019 No comments:
Email ThisBlogThis!Share to TwitterShare to FacebookShare to Pinterest
Labels: Animals, Cheeta
Location: Maasai Mara National Reserve, Kenya 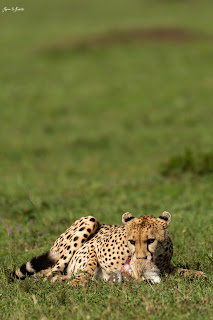 Cheetahs may be the fastest animals, but they are not the strongest when it comes to survival. The wild cheetah population is now considered vulnerable in IUCN red list. Cheetahs aren't the mighty wildcats, neither do they stay in big packs. Unlike other big cats who prefer to hunt during night time due to their night vision, cheetahs hunt during the daytime. During day time, they have excellent vision and can spot their prey a few kms away. They also prefer to eat primarily fresh kill and hunt small to mid sized prey ranging from rabbits to impala, warthog etc.

Wild cheetah population is suffering due to predation from larger cats and scavenger like hyenas. Hyenas live in packs and many times they snatch cheetah kill. Bigger cats like lions are also known to scare cheetahs away from their prey. Since cheetahs aren't strong enough to fight a pack of hyenas or a pride of lions, letting go of the prey is the only way to survive another day. 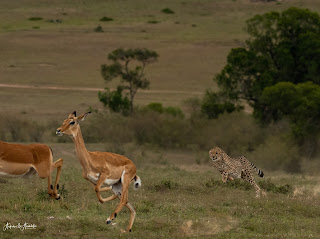 The first time I learned the word 'Cheetah' was as a child when I read about the fastest animal on land. Since then cheetahs have been a source of endless fascination for me. Their small face, slender body, the unique stripes and the teardrop marks on face and the fact that they can reach the speed of 110 kmph in a few seconds made me wonder time and again, what it would be like to see a cheetah chase!! Finally a few days back, I had the privilege of witnessing it.

I saw a few impalas grazing. I knew a cheetah is hiding behind nearby bush and stalking the impalas. Suddenly I saw a burst of dust storm. The impalas started frantically running in all possible directions for life. There was a tiny cloud of dust that moved like a lightning bolt and on top of it was a cheetah. The cheetah moved so fast that my brain couldn't even cope up. I was unable to guage its speed and I kept losing the cat.

The whole chase lasted hardly 5-6 secs. But it was a life and death for both the cheetah and the Impalas. Most times you see a cheetah, you will see it lazying around in rest. But only a few lucky ones are privilaged to witness this miracle of the nature. In those few moments of the chase, I saw what I have been dreaming about my whole life.
at November 12, 2019 No comments:
Email ThisBlogThis!Share to TwitterShare to FacebookShare to Pinterest
Labels: Animals, Cheeta
Location: Maasai Mara National Reserve, Ngiro-are Road, Kenya 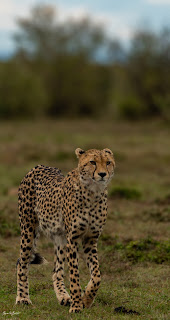 Cheetahs are the fastest animals on land. They can reach upto 110 kmph speed in just a few seconds. They are fast, but cannot keep up the speed for too long. Their bodies have evolved for speed, with long legs, small face, slim build, an elongated spine, adapted claws to grip the ground and a long tail for balance. Almost all wild cheetahs roam the open, grassy savannahs and open forests in sub-Saharan Africa. A small population also lives in northeastern Iran.

They are smaller in size than other big cats such as lion, tiger, leopards etc, weighing only about 35-55 kgs. Their bodies grow between 1.1m and 1.4m metres long, plus a tail measuring 65cm to 80cm. They have a pale yellow coat with black dots on the upper parts, and white underbelly. They have a unique black line that curve from the inner corner of each eye to the outer corners of the mouth. This mark is known as the teardrop line and scientists believe that the lines help protect cheetahs' eyes from harsh light and see better. 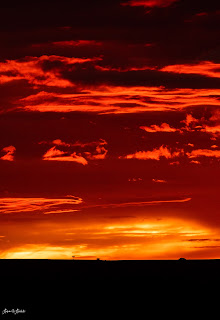 Just like every year, Delhi pollution has started making news nationally and internationally. Delhi state government has declared school holidays to keep children from getting sick. Delhi CM says the city is currently a gas chamber. The whole city is crippled with thick black smog that is not just difficult to breathe in but is in fact hazardous.

Who is to blame for this emergency? Delhi people blame the neighboring states for burning their crops and neighboring states blame too many vehicles in the city. But the only thing we have so far achieved through this blame game is poorer air quality year after year.

Is there ever just one reason for such a crisis? Burning of crops lead to higher air pollution, and so does too many vehicles. We still could have escaped this emergency had we not cut most of the trees to make space for construction and development. So it is not one state or one generation. It is collectively what we are doing, what we are choosing or prioritizing over others, for generations.

We humans are a weird race. We destroy the things that keep us alive. And then expect someone else to fix our mess.
at November 10, 2019 No comments:
Email ThisBlogThis!Share to TwitterShare to FacebookShare to Pinterest
Labels: Air, Pollution
Location: Maasai Mara National Reserve, Ngiro-are Road, Kenya
Newer Posts Older Posts Home
Subscribe to: Posts (Atom)