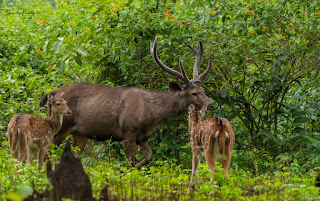 In recent times I am seeing an interesting new trend. Some people use the word 'veganism' to express their intolerance. They claim that whatever else we are doing otherwise with the environment is all fine, including cutting trees, as long as we turn vegan.

That being said, I definitely would say that eating down the food chain, plant based products, is more environmentally friendly. Cattle farms are globally responsible for greenhouse gas emission and deforestation. Eating too much of red meat is not just unhealthy, it is environmentally not viable.

But the root of the problem is not solely the food choice we make. It is the quantity of it, the commercialization of such demand. Humans are created by nature as omnivores. While in present situation, with 7.5 billion people, we will be better off reducing or stopping our meat consumption. But it is definitely not the solution or compensation for all the other environmental mayhem that we are creating.
at November 02, 2019 No comments:
Email ThisBlogThis!Share to TwitterShare to FacebookShare to Pinterest
Labels: Environment, Food Chain
Location: Nagarhole National Park And Tiger Reserve, Mysore - Madikeri Rd, Hunsur, Karnataka 571201, India

What about the Ecosystem? 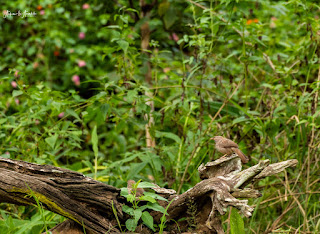 Aarey forest is now more than two thousand trees lighter. Is that such a big deal? After all government has promised to transplant some of these trees and plant thrice as many trees as they cut off.

It is a big deal because we destroyed an ecosystem to build our own. We didn't just uproot these trees, we destroyed homes for all those animals, birds, insects that lived in that forest. All those endangered species of plants, birds, animals, insects, where will they go now?

Transplanted trees many time don't survive. When they are uprooted, they get a shock. Often their roots are cut off or damaged in the process. They may not be able to adjust to their new homes. Also without the bees, the insects, who will pollinate their flowers in the new place? Without those monkeys, who will spread their seeds from one place to the other?

May be in near future we will see more leopards coming out in human habitation and get beaten up or dying. We will justify those actions by saying 'they are violent, they are dangerous' forgetting that we destroyed their home and food supply. May be more monkeys will come and steal our food because there are no trees or fruits available. We will shoo them away and say, 'this is such a nuisance. Why do they come to our homes?' We will soon forget how we forced them to come as we destroyed their home.
at November 01, 2019 No comments:
Email ThisBlogThis!Share to TwitterShare to FacebookShare to Pinterest
Labels: Animals, Birds, Conservation, Nature, Plants
Location: Nagarhole National Park And Tiger Reserve, Mysore - Madikeri Rd, Hunsur, Karnataka 571201, India

Values of our Generation 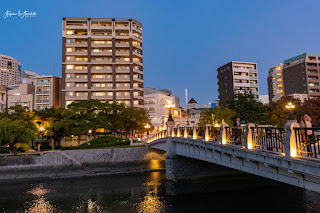 It has been raining incessantly causing flooding in the city, so I make sure to stay in the high rise away from the water logging. The summer heat has been increasing every year, I have air conditioning in my house and it's on 24x7. The life I lead is carefully crafted to avoid any discomfort to my well being and that is how I define my success.

I successfully avoid thinking about the cause of these environmental reactions and obviously I ignore the effects my comfort causes to the environment.

At the end of the day, my life's goal is to satisfy my needs, even my own species' survival will not get in the way of my comfort.

Are these the values we are living with, teaching our kids? Is our success really about having full blast AC in the room? Isn't it more satisfying and even healthier to be breathing in the natural air? But sadly we are blinded by the immediate comfort rather than thinking about our long term survival.
at October 31, 2019 No comments:
Email ThisBlogThis!Share to TwitterShare to FacebookShare to Pinterest
Labels: Human
Location: Hiroshima, Japan 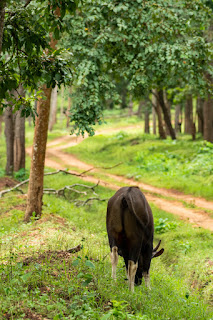 A few days back I got to know that Bombay HC has given permission to cut off close to three thousand trees in Aarey milk colony to build a metro shed. All the protest from the proponents of Save Aarey went down the drain as BMC mauled down more than two thousand trees overnight. Government's position on this issue was the age old 'the need for infrastructure development' argument. They also claimed that they would plant three times as many plants somewhere else as compensation.

It doesn't take a genius anymore to see the climate patterns changing drastically. Mumbai rains, once known to arrive predictably in the 1st half of June, has become more and more unpredictable in recent times. Not only the arrival is unpredictable, the quantity and intensity, even the departure is no longer something any of our advanced climate models can predict. Mumbai air is becoming more polluted by the day. People are suffering from respiratory illnesses. The quality of the air now shows 'hazardous to human health' on the best days. The population and number of vehicle emitting toxic greenhouse gases are constantly on the rise. The only hope, was the proximity to the sea and a few green patches still left standing. One of them were Aarey forest.

And after a few days of this incident, I again read a headline that Indian government is planning to build 1400 km long great (green) wall to combat climate change!!

I cannot hide my disappointment!! The green wall is needed, probably more than anything right now, so that we don't suffocate in a few decades. But we are cutting matured grown trees in one place and planting trees in the other!! If we didn't even have the realization of the seriousness of the issue, I would pity the ignorance. But here we know the issue but chose to act on our profit motive only, what can we call this?

We NEED to plant trees. Not just 1400 km long corridor. More, a lot more. But the newly planted trees can never be a replacement for the grown up matured forests, independent eco systems. The trees planted by us are emergency damage control. But it will take decades, may be centuries for it to turn into an independent ecosystem. We need the ecosystem, with trees as the building block of it.
at October 30, 2019 No comments:
Email ThisBlogThis!Share to TwitterShare to FacebookShare to Pinterest
Labels: Conservation, Forest, Plants, Tree
Location: Nagarhole National Park And Tiger Reserve, Mysore - Madikeri Rd, Hunsur, Karnataka 571201, India 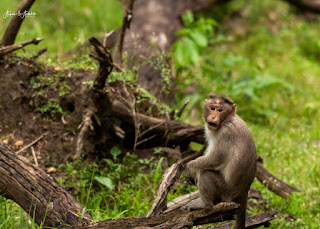 Dr Doolittle had a superpower of talking to animals. But I don't need that super power to tell me what the animals will be talking.

The tiger will say "I am supposed to be the predator but what about the mass killings humans have been doing in the name of hunting sports or profit. Which of us really the predator?"

Tortoise will wonder "what is this new material choking me to my death? How do I escape this?"

Will talking to animals still be considered super power or will it be a super curse?
at October 29, 2019 No comments:
Email ThisBlogThis!Share to TwitterShare to FacebookShare to Pinterest
Labels: Animals
Location: Nagarhole National Park And Tiger Reserve, Mysore - Madikeri Rd, Hunsur, Karnataka 571201, India

Are We Really Immune? 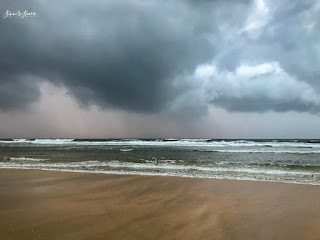 "Our planet is now in the midst of its sixth mass extinction of plants and animals — the sixth wave of extinctions in the past half-billion years," the Center for Biological Diversity stated. "We're currently experiencing the worst spate of species die-offs since the loss of the dinosaurs 65 million years ago."

Whenever we think about Extinction, we think of all the rare and exotic plants and animals. But in reality, we are equally part of this Extinction. When we have droughts, floods and heat wave killing humans and animals alike, it is wrong to think that humans are somehow separate or immune of the consequences of environmental degradation. The only saving grace (or not) is the number of humans makes it difficult for human species being wiped out. But it looks like, we are going to wait for it or rather race towards that eventuality.
at October 28, 2019 No comments:
Email ThisBlogThis!Share to TwitterShare to FacebookShare to Pinterest
Labels: Environment, Extinction, Nature
Location: Goa, India 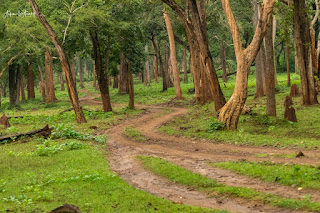 Despite this attitude, I see in matters of environment, this generation is able to think about long term consequences much better than the other generations. This could be because it is the generation which has to survive during the worse climate crisis in a few centuries. It could also be because they are more educated and learned about the effects of climate change and environmental degradation.

But one of the major differences I see is that generation Z is not yet in the clutches of corporate profit which is the reason for many individuals/ companies to deny or ignore their responsibility towards the environment. I hope this generation, even as they start becoming leaders of the world, remember that they themselves have to stay in the world they help create.
at October 27, 2019 No comments:
Email ThisBlogThis!Share to TwitterShare to FacebookShare to Pinterest
Labels: Human
Newer Posts Older Posts Home
Subscribe to: Posts (Atom)