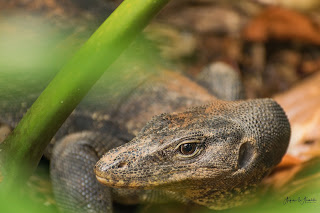 Historically in nature, any life form in abundance or in greater number, gets lesser and lesser protection from nature itself. In the process of energy being transferred from one species to the other in form of food, most of the energy gets lost in the atmosphere (Law of Entropy). As an example, smaller fish, plenty in numbers, die also in abundance. They help nurture the ones in the higher levels of food chain. But they cannot help sustain equal number or equal volume of those higher in the chain. Higher up in food chain you are, lower your population. It's a pyramid- that's how it is sustained by design. If some species higher up in the food chain grow uncontrollably in number, pretty soon they will run out of food. While if the numbers of these small fish were to remain unchecked by predators, they will occupy the whole of oceans. Balance to this pyramid is the key to survival of all living beings.
at May 25, 2019 No comments:
Email ThisBlogThis!Share to TwitterShare to FacebookShare to Pinterest
Labels: Circle of Life, Conservation, Nature 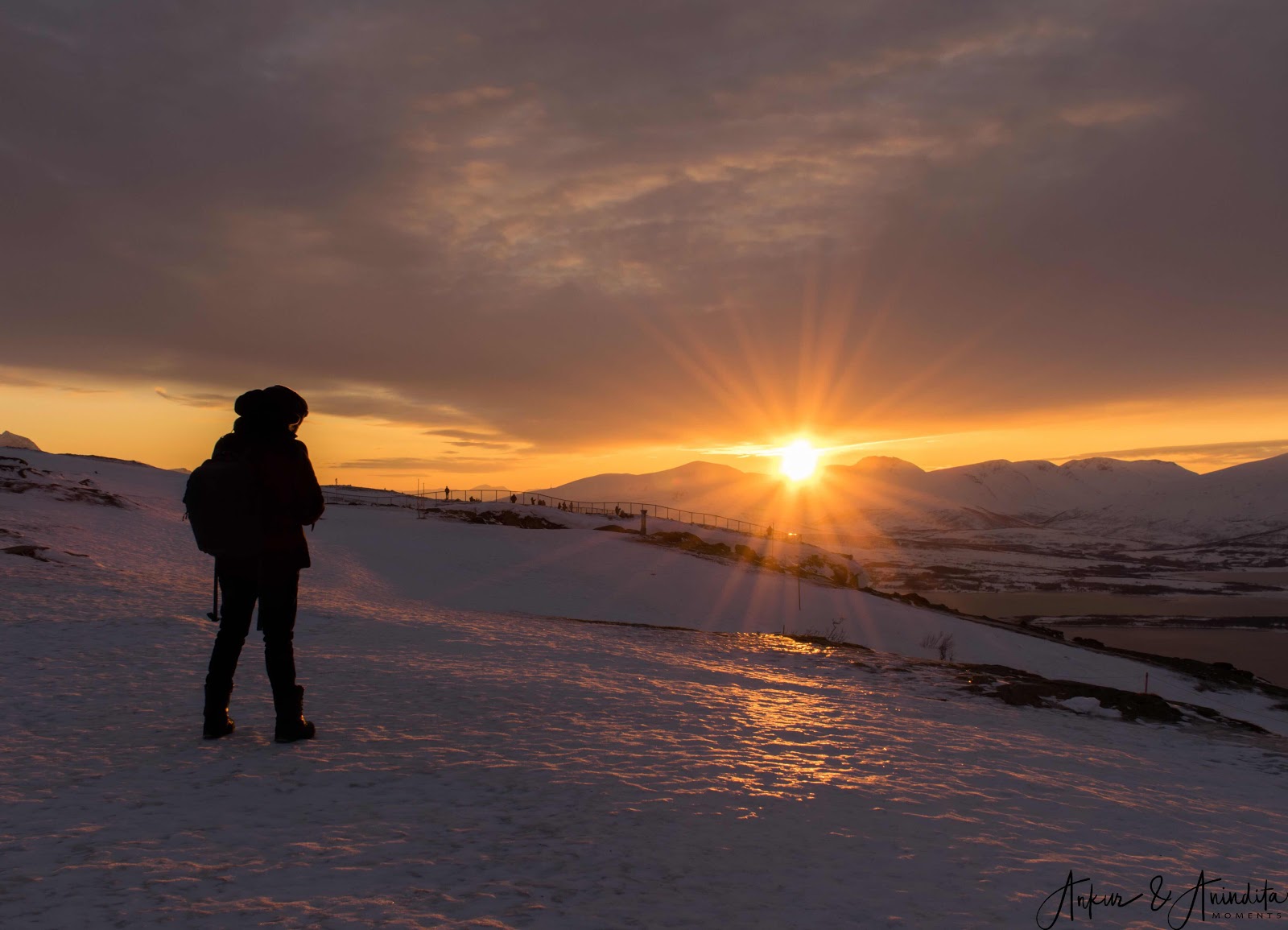 Snow is generally associated with white... but see it at the time of sunrise or sunset and it looks like the snow is wearing a golden garment, equal parts, regal and ethereal. For a few minutes, it seems like our existance is validated because we were able to witness this love affair of two contrasting worlds.

at May 23, 2019 No comments:
Email ThisBlogThis!Share to TwitterShare to FacebookShare to Pinterest
Labels: Arctic, Nature, Snow, Sunset

Walk in the forest 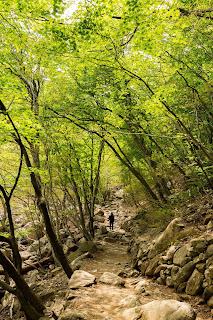 Have you ever taken a walk in the forest? Have you ever listened to no other sound except for the chirping of birds, rustling of leaves under your own feet and gushing of flowing water? Have you ever felt the wind with pure oxygen touch your face and hair? If not, try them once. You may even find the joy of falling asleep in broad daylight under the open sky.

Research suggests that spending time in forests has the ability to prevent and cure physical and mental illnesses. In this time of rising pollution, respiratory illnesses, heart diseases and depressions, it's time that we turn to our biggest healer before its too late.
at May 22, 2019 No comments:
Email ThisBlogThis!Share to TwitterShare to FacebookShare to Pinterest
Labels: Conservation, Forest, Nature, Tree

All Men Must Die 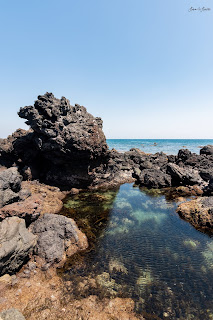 Valar Morghulis- the famous quote from Game of Thrones- all men must die.

It's a fact that all of us will die but what is more important is the legacy we will leave behind for our future generation. I remember my grand dad telling me about the freedom struggle and how he contributed to our precious freedom, that was his proud legacy.

What about us? We are the generation who is on the nature's tipping point, the last breaking point, whichever step we take will be our legacy. Will we be the generation that saw the largest extinction of species or are we the generation which built the conservation culture.
at May 21, 2019 No comments:
Email ThisBlogThis!Share to TwitterShare to FacebookShare to Pinterest
Labels: Conservation, Marine Life, Nature, Sea
Location: Jeju-do, South Korea 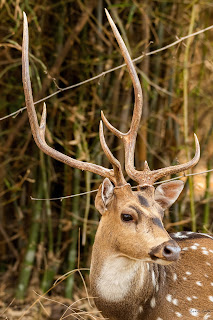 Just about a 100 years back, 100,000 wild tigers roamed the forests of India. The forests were teeming with life. Lots of big predators, and even larger number of prey. Now, there are only a handful of these animals. What the universe could not do in a million years, we managed to do it so fast, in 100 years. We destroyed their habitat, built factories, villages, cities, roads around these national parks, killing thousands of the animals. And we still continue to do so in an era of 'fast', with our faster cars. Animals still don't understand cars or roads. They don't understand what that gigantic beast can do to them. They walk their territory, their forest roads and since we encroached on their space so much, they sometimes venture out to the roads, only to be run over by our speeding cars.

We have already taken enough from them. Don't they now deserve a little bit of respect? If not in life, at least in death? Nobody deserves a death that pathetic. But statistics say that hundreds, sometimes thousands from different species die from roadkill in India every year. Many of them are leopards, elephants, tigers, which are already in the endangered species list.

If we care at all about the environment and animals, and we are looking for some everyday solutions to implement in our lives, nothing can be simpler than this. Let's show some respect to these animals and drive carefully around the forest areas.
at May 20, 2019 No comments:
Email ThisBlogThis!Share to TwitterShare to FacebookShare to Pinterest
Labels: Forest, Herbivores, Solution, Wildlife
Location: Tadoba Andhari National Park, Chandrapur, Maharashtra 442401, India 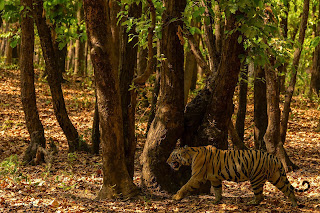 Many of us love animals. Facebook or youtube videos of cute puppies or kittens bring smile to our faces. Don't we love taking horseback ride in hillstations or camel ride in deserts? One of our age-old sunday recreation with our kids is to visit the zoo. We love taking those lovely instagram shots posing with elephants, caressing tigers, kissing dolphins or shaking hand with friendly orangutans. But do we ever think about how they must be feeling?

The dolphin that loves swimming miles and  miles in open ocean with many of its kind, the orangutan that plays and jumps from one tree to another in a vast rainforest where due to thick greenery, the ground becomes invisible, the tiger that is meant to reign at least 30-40 sqkm of a jungle full of other animals or the elephant that, along with the herd, knows no bound in the forest and would not be stopped by any barrier. Don't we realize that they are also living-breathing creatures?

Solution: say NO to wildlife/animal tourism OUTSIDE their natural habitat

The outside-habitat-wildlife-tourism has been associated with some sad, some heart wrenching, and some horrific stories all over the world. The (in)famous tiger temple in Thailand has been the center of controversy for a long time. During a raid, 40 dead frozen tiger cubs were found in a freezer. A wild tiger cannot come in direct contact with humans without stirring some reaction. So the tiger is drugged, often starved,  declawed, beaten and kept in tiny cages so that we can take that insta worthy photo. Elephant rides are common in many safaris but do we realize that the elephants are chained, sometimes in spiked shackle and made to carry tourists for their entire life. Mahout of domesticated elephants often beat them up with a spiked stick to train and control them which causes repeated painful injury. Throughout their life, these animals in captivity are exploited for profit in every way possible.

Many a times, the safari parks/zoos also have animals outside of their own natural habitat climate. Each animal has evolved for specific living conditions. When they are removed from their natural habitat and made to stay in tiny cages in a completely different environment, many times they can't adapt and die. The polar bear living in a safari park in a tropical country or a cheetah living in a cold country may not be able to live in this completely opposite climate. However nice and natural safari parks look, they are just a more natural looking smarter zoo.

Safari park/ zoo tourism is not only cruel, it also helps poachers or illegal animal traders to get a profitable market to continue their exploitation of innocent animals. On the other hand, responsible wildlife tourism in their natural habitat can help immensely in wildlife conservation by generating jobs for the locals and automatically giving them incentive to protect the animals. Those who have had the privilege of seeing some of these animals in the wild would know how majestic, how beautiful they are. When we put them in captivity, artificially make them do what we want them to do, we take that majesticity away.