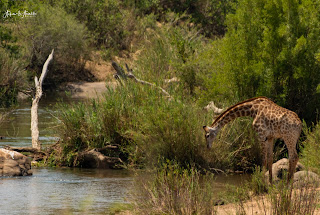 A recent essay in Scientific American argued that scientists “tend to underestimate the severity of threats and the rapidity with which they might unfold” and said one of the reasons was “the perceived need for consensus.” This idea that we need to underestimate and present the most conservative output possible is generally understood by the scientific community. The sad reality is that politicians and industrialists who want to benefit from public ignorance and inactivity still present these conservative studies as the most outlandish ones.

This summer, for instance, a heat wave in Europe penetrated the Arctic, pushing temperatures into the 80s across much of the Far North and, according to the Belgian climate scientist Xavier Fettweis, melting some 40 billion tons of Greenland’s ice sheet.

Had a scientist in the early 1990s suggested that within 25 years a single heat wave would measurably raise sea levels, at an estimated two one-hundredths of an inch, bake the Arctic and produce Sahara-like temperatures in Paris and Berlin, the prediction would have been dismissed as alarmist. But many worst-case scenarios from that time are now realities.

We need to understand that climate change is a reality and the sooner we accept and try to slow down this process, higher the chance of our survival.