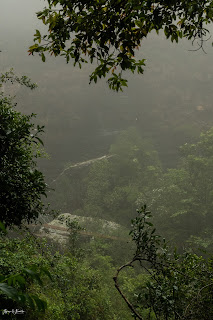 The climate change is already real and it has started impacting every single place all over the world in some way or the other. Starting from irregular rain and unpredictable, extreme weather events to sea level rise, sea temperature increase, it's everywhere. It is already impacting everyone, some more than the others. The poorer countries are feeling the heat way more than the developed countries. But even for the developed countries, it's not too far anymore.

Few days back we posted that in the scientific community, we have a tendency to be 'conservative'. Whenever someone predicts a grim or devastating or a drastically different future, they are dismissed saying it is too radical. So most of our predictions on climate change and its impacts have always been conservative. But the actual change and the impact is actually happening much faster than we ever predicted or expected.

This year we saw the Amazon rainforest burning. We have been hearing about melting polar ice and polar bear habitat shrinking. Great barrier reef is struggling to cope with the mass coral bleaching due to rising sea temperature. These are just a few examples from the biggest and greatest natural wonders on earth.

Now climate change is a full blown crisis that needs to be dealt with and we need to do it NOW, aggressively. No more room for conservative measures, doubts or no action.
at December 11, 2019
Email ThisBlogThis!Share to TwitterShare to FacebookShare to Pinterest
Labels: Climate change
Location: Graskop, 1270, South Africa