History of our lives 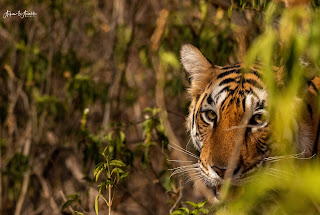 Earth is believed to have formed 4.5 billion years ago. The earliest life form was created some 4.1 billion years ago. It took almost 1 billion years to start oxygenic photosynthesis to form large quantities of oxygen, an atmosphere suitable for other life forms. The first organisms who used oxygen from the atmosphere came along another billion year later. Around 2 billion years ago appeared organisms with complex cell structure. Sexual reproduction started some 1.2 billion years ago expediting the evolution process a little as genetic structure changed with every generation.
The first fossil evidence of creature closer to an animal is 600-700 million years old. Between 500-600 million years more and more invertebrates and some vertebrates started appearing. Life at this stage was predominantly sea life. Gradually came tetrapods, various amphibians and reptiles. Around 250 million years ago came first mammals. Around 85 million years ago primates started evolving. Apes evolved into hominidae around 15 million years ago. The earliest humans, homo habilis didn't appear until only 2 million years ago. Fossils showing evidence of homo sapiens, the modern human species, date back only to 300,000 years. So it took humans more than 4 billion years to evolve since earth was created.
Only 300 thousand years, and we have already caused (or about to cause) extinction for almost a million species. The universe took so long to create with it's different species and their delicate interdependency and here we come along to try to seize it for ourselves. In doing that, we have cause the entire balance to topple up. When I think about it, it feels like we are wiping out history, billions of years of rich evolutionary history.