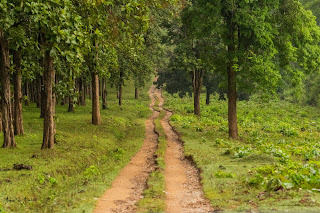 At night when I leave from work, most of the days I can smell the pollution in the air. It may sound crazy and laughable, but it really is not.

Mumbai pollution has increased exponentially over the past few decades. The city has grown beyond its capacity. Population is increasing by the day, leading to ever increasing demand for space and an overflow of number of vehicles. As we try to accomodate infinite number of people in finite space, we chop down more and more trees, clear more mangrove forests, encroach more of the Aarey forest or Sanjay Gandhi National Park. So as the stress on natural resources such as air and water peaks with no provision for a natural clean up (enough greenery), pollution builds up to an extent when it becomes detrimental to human health.

Now I smell the smoke in the air, may be because I know how clean air smells or may be I haven't forgotten how the city once used to be. It wasn't the slow painful killer with toxic air as it is today. In the meantime, my pursuit of natural place all around the world continues.

Some people in Mumbai say, 'at least it's better than Delhi'. But is that what we have come to expect? Just marginally better than the worst. Never knowing or wondering how much better it could be!!
at November 23, 2019
Email ThisBlogThis!Share to TwitterShare to FacebookShare to Pinterest
Labels: Air, Pollution