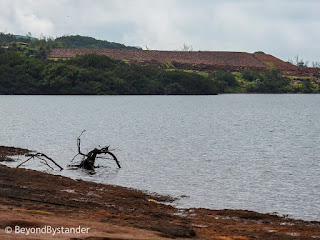 We have seen how much damage fracking can cause to human health and the environment. But what makes it so difficult to manage? Today let's talk about the uncertainties that make such a process even more dangerous to implement.

1. Due to climate change, drought is becoming an ever increasing phenomena and a constant threat to human wellbeing. At this situation how long can we pump trillions of litres of water out of hydrological cycle?
2. The fracking process and usage of its final product, natural gas, also emits greenhouse gas which will accelerate global warming.
3. Natural gas mined through the process is a fossil fuel, non renewable energy. Even if in current situation, it has a potential of billions of dollars profits, it is not sustainable.
4. The conflict (protests, moratorium, ban) related to fracking has led to a decline in natural gas price in North America. The other market option that is being explored is in Asia. But shipping the gas in compressed liquid format would require billions of dollars pipeline investment again. If the conflict in North America reaches Asian markets also, this billions of dollar investment will be in vain.
5. 750 chemicals are mixed with the water, some of them are toxic carcinogens. Scientific knowledge is still inadequate to confirm how far away the wells need to be from human habitation in order to be not harmful. After the operation, the water is even mixed with radioactive materials from deep underground.
6. Even if the operations are safely away from human habitation, it is still part of some ecosystem. We don’t know how this pollution of one ecosystem will affect wildlife and vegetation in those areas (as well as other ecosystems) in the long run.
7. The process itself involves blasting and shattering of solid rock underground. How much does that compromise the ground integrity? In case of a major earthquake in any of these regions, what would be the impact of brittle rock underground?
8. Even with all the protests, uncertainty exists about the level of government responsible for taking the actions?
9. Oil companies are looking for some solution to this pollution issue to reassure public. Some have even implemented some green solution by not flaring natural gas during fracking process or limiting the amount flared. But these measures only limit pollution upto certain level and uncertainty exists in determining how much is not-too-much. Also the solutions are expensive. So, small companies will have hard time implementing them in the face of declining market value of their product.