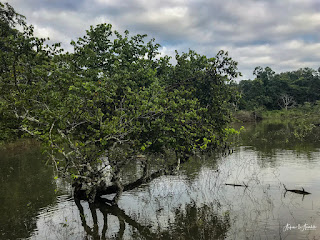 1. The water that is pumped into the drilled well is treated with 750 chemical compounds, many of them are highly toxic.
2. The water after the fracking operation becomes highly toxic. Initially the waste water was dumped in streams or on fields, contaminating them. Then the industry started sending the water to municipality water treatment plants, but the water was too polluted for its capacity. The water was even dumped into ditches where the water evaporated, leaving behind toxic sludge. When all traditional disposal mechanisms failed, the industry started to bury the polluted water deep underground, permanently removing them from hydrological cycle.
3. The buried water has led to earthquakes in several areas
4. The air around the gas well pads contain high levels of toxic chemicals, carcinogens and highly potent greenhouse gases. One example being carbon disulphide which is a near toxin that can cause irreversible brain damage.
5. The fracking operation can pollute ground water and air with toxic chemicals dangerously within a few kilometre radius of a gas well. In several places, the drinking water became combustible due to high levels of methane. The risk is even greater when wells vent natural gas during fracking process.
6. The combustible gases like methane can lead to explosion.
7. The pollutants (air and water) causes severe illness in children and can affect adults as well.

The damage fracking process causes seems too much when we balance it against the natural gas received by the process.