Our Connection With Nature 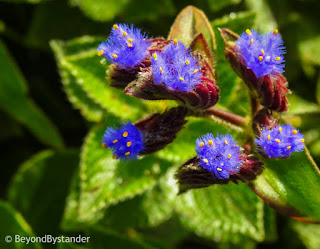 Indian mythology is filled with reference to nature. Krishna was a cowherd boy, Ram was worshipped by Hanuman (monkey God), Ganesha had an elephant face. These are some of the big ones we all know, but there are some short stories giving ode to nature and our Gods and Godesses.

There are flowers in parts of Maharashtra called Sita Aasave (meaning tears of Sita). It is believed that when Raavana captured Sita, they traveled to Lanka from this route and when Sita's tears landed on the earth, the Earth (mother of Sita) blossomed these flowers cherishing even the tears of her daughter.

Such beautiful stories which bind our emotions to the nature.
at October 21, 2019
Email ThisBlogThis!Share to TwitterShare to FacebookShare to Pinterest
Labels: Flowers, Human, Nature
Location: Kaas Plateau of Flowers, Maharashtra