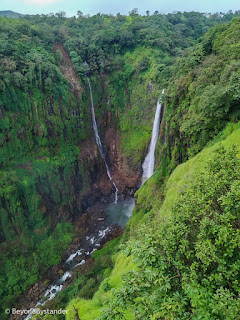 On this page, we keep talking about human intervention, and how it is destroying our environment. Our knowledge of the ecological functions is severely limited. When due to ever increasing demand, we come up with some ground breaking invention, we sometimes unknowingly create more damage than we ever imagined. Over the next 4 days, we will give you an example of such a disaster.

Hydraulic fracking is a relatively newer technology to tap into the planet's vast reserve of natural gas (a form of fossil fuel) trapped inside solid rocks. Unlike traditional ways of extracting natural gas, fracking involves use of directional drilling to the source, sometimes a few kilometers underground. Then explosive is used to crack fracturing into solid rock and fresh water mixed with chemicals, sand etc is injected into the hole using high pressure. Tiny granules of sand gets trapped into fractured rock, creating openings through which natural gas can come out.

Conceptually the process sounds revolutionary, having a potential to earn billions of dollars for oil and gas industry. But massive protests against the technology has led to a lot of conflicts. Few countries like Germany, France, Ireland, Bulgaria have already banned hydraulic fracking due to the long term human health and  irreversible environmental damage. While some places have put a moratorium on fracking due to public pressure.

In tomorrow's post, we will talk about the negative impact of fracking and what kind of uncertainties lead to such massive protests.