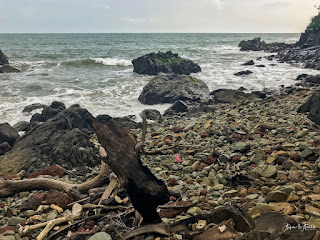 The highest mountain on earth above sea level, Mount Everest, witnessed first documented human footfall only in 1953. It's been a little over 50 years, and already environmentalists are concerned about the amount of garbage accumulated in the area around base camp and all the way to the summit.

Our oceans are now full of garbage. Millions of marine life die every year due to plastic and chemical pollution in the ocean. Estimates say that by 2050, the oceans will contain more plastic than fish, killing even higher number of animals every year. Scientists have found evidence of plastic pollution in the deepest parts of the ocean, a few kilometers below sea level.

There is a notion that says 'human footfall' is the reason for environmental degradation in most of the places. And places that don't get much human footfall are pristine, untouched by human activities. This is no longer true as every farthest reaches of the planet is now affected by us.

There is very limited human habitation in and around the polar regions. With almost permanent ice cover and permafrost, this area is devoid of any agricultural activity. But there have been evidence of very high pesticide concentration (through biomagnification) in the top predators of even these regions.

It is important to understand the immediate and long term impact of our actions then only we will be able to continue to survive.
at October 19, 2019
Email ThisBlogThis!Share to TwitterShare to FacebookShare to Pinterest
Labels: Environment, Human Intervention, Nature, Plastic, Pollution
Location: Goa, India