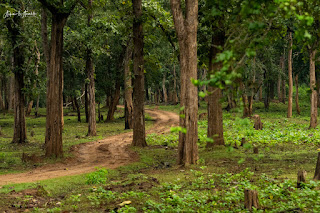 Wall E is one of my favorite movies, not just for its depiction of a cute robot love story but also for how realistic its portrayal of humans. It's a movie which the kids can enjoy but even the adults can learn from.

The two things that stick with me in this movie are the dumpster kind of state of the earth and the value of a plant. When you first see the earth with all its garbage and realize already there are places that have reached a similar fate, the movie turns from being a fantasy to a dystopian story. How humans are stuck to their screens and have forgotten to look at anything else even, other humans, is already becoming a reality.

Then there is an entire obsession over a plant. Now, this makes me smile. As the entire humanity is running towards material gain and instant gratification, we get a movie whose sole purpose is to save a plant. A plant which is found in that dumpster earth and which represents a life, a life worth living for.

It's a movie where robots are trying to save a plant from evil so humans can once again live on earth. You really think it's just a fantasy and not a satire? How far you think we are from realizing this? The only thing we are lacking is the sustainable ship which can help the humanity survive.
at October 07, 2019
Email ThisBlogThis!Share to TwitterShare to FacebookShare to Pinterest
Labels: Environment, Forest, Human, Interdependence, Nature, Tree
Location: Nagarhole National Park And Tiger Reserve, Mysore - Madikeri Rd, Hunsur, Karnataka 571201, India