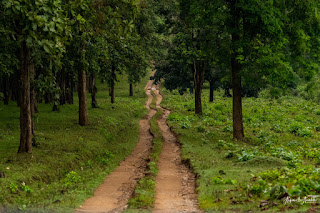 Save Aarey has been one of the hot topic in the social media in last few days. A lot of citizens are coming forward asking for respect towards the trees and ecosystem of Aarey.

The speed and brutality of tree cutting at the midnight hour and the imposition of section 144 on Aarey was a shock to all of us. It is a sad day to be living in a democratic country where the due process was hindered taking advantage of Supreme Court holiday.

And I know, we feel as if a lot of us have failed, I feel the same way. But this is not the time to stop, this was never the first battle and it will certainly won't be last. At least now we know we have support and certainly, we have opposition. And it is just the beginning of this war, the war for survival, sooner or later, even the people in the opposition will realise this (hopefully before it is too late).
at October 24, 2019
Email ThisBlogThis!Share to TwitterShare to FacebookShare to Pinterest
Labels: Biodiversity, Forest, Tree
Location: Nagarhole National Park And Tiger Reserve, Mysore - Madikeri Rd, Hunsur, Karnataka 571201, India