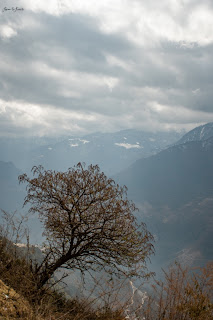 Environment is incredibly complex. Despite phenomenal progress in science and technology, environmental functions, benefits and interactions with all the biotic and abiotic components and their short run and long run effects are still largely a mistery to scientists. An apparently small interference can have devastating and even irreversible repercussions on the ecosystem. The scope of the damage also varies by spatial and time scale.

Pesticides generously sprayed in the tropical regions decades back can show its presence even in the farthest reaches of the planet, the arctic regions. Toxic waste from a coal mine can chemically react with different components of water, air, soil to form unforeseen chemicals then flow to nearby lakes and rivers and pollute every region downstream and stay there for centuries before finally disintegrating. Due to this uncertainty and lack of knowledge, environmental scientists recommend the Precautionary Principle for any human interference which has the potential to damage the ecosystem.

Precautionary Principle states that when human activities may lead to serious or irreversible harm to human life or health, or the environment (in such a way that can affect the present and the future generations) that is scientifically plausible but uncertain, lack of scientific knowledge cannot be cited as an excuse to delay mitigating actions and immediate actions should be taken to reduce the harm.

There are innumerable examples where due to the short term economic gains, policy makers ignore long term devastating impact on environment or human health. As we are on the brink of causing irreversible damage to the environment, every small step will make a decision on the future. It's now more important than ever to change this attitude towards Precautionary Principle.
at September 08, 2019
Email ThisBlogThis!Share to TwitterShare to FacebookShare to Pinterest
Labels: Conservation
Location: Tawang