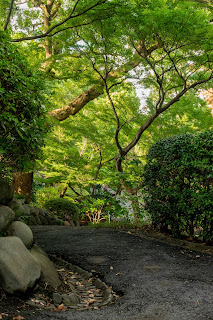 It's not too late, not yet. But it will be, pretty soon. The wiser lot have already started realizing that.

Ethiopia has a long history of rampant deforestation. After losing billions of trees and much of its forest cover over the past decade alone, Ethiopia decided to take some action in the right direction. The Prime Minister offically launched a national 4 billion tree planting project on May 26, 2019. The country set a world record of planting 350 million trees in 12 hours on 29th july.

A nation's commitment and its millions of citizen's dedication have the potential to change the face of the earth for better, even now. Whether the effort will be successful, the trees will survive and reverse the country's centuries of abuse is yet to be seen. However, the effort and commitment of the government and the citizens is commendable and should be followed by every other country. Perhaps this is the only way to act before it's too late.
at September 06, 2019
Email ThisBlogThis!Share to TwitterShare to FacebookShare to Pinterest
Labels: Conservation, Environment, Forest, Tree
Location: Tokyo, Japan