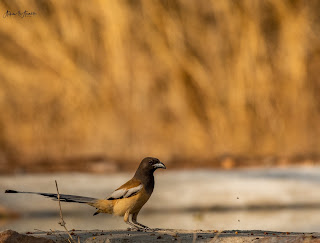 I live in a city where honking is way of life. I may go for days without hearing a single bird chirp but I hear honking daily. One of the reasons I can't hear the bird chirping is all the human noise, including honking.

For birds, it is critical to be able to communicate through singing. They use the bird song as call for mating, defending territory from rivals and even as a warning against predators.

To cope with the noise pollution, some of the birds have evolved their bird songs. European robins studied in Sheffield, England, were found to sing at night in those areas where noise levels were significantly higher in daytime. German nightingales, by contrast, are content to engage in the bird equivalent of screaming. Not all species have the vocal machinery to work around the commotion. One such example being common sparrows which are disappearing from cities.

It is a sad reality that we are choosing honking over bird song. It may not be a conscious informed choice but at the end, honks are winning the fight against the birds.