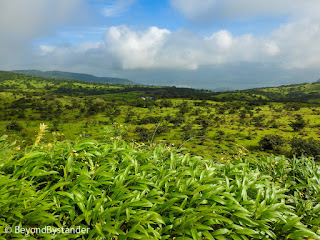 Most people from our generation have heard about DDT as a dangerous and deadly poison. But do we know that just one generation back, the world thought DDT was a miraculous solution to many problems.

DDT was first synthesized more than 100 years ago. But not until the 1940s, the capability of DDT as one of the most potent insecticide became widely known. The application of DDT started in health programs in World War II to control insect-borne infectious diseases and then spread even wider to agricultural sector worldwide to kill pests.

By 1970, production increased to 175 million kgs a year. By that time the environmental impacts of DDT were being better understood. Its use and manufacture was finally banned in most of the countries in 1980s.

DDT can be acutely toxic to mammals including humans. The chemical can cause reproductive or birth defects in animals and birds and is highly toxic to aquatic mammals and fish. It is also a carcinogen. Humans can be exposed to the chemical from food or breathing. In pregnant women, DDT can be passed on to the fetus. It also affects breast milk, resulting in exposure to infants.

DDT is extremely persistent. Even now, after more than 30 years of ban, considerable residues of DDT and its main breakdown product DDE is found in the environment. DDT can accumulate over time in tissues of different organisms as it is soluble in fat. Organisms having a longer lifespan and higher in the food chain (like us, humans) are particularly susceptible to such bioaccumulation.

A miraculous invention can turn into a persistent pollutant within a few decades. Our scientific knowledge is still extremely limited to understand full consequences of such chemical applications. The widespread damage created by uncontrolled DDT application may even extend to several generations.