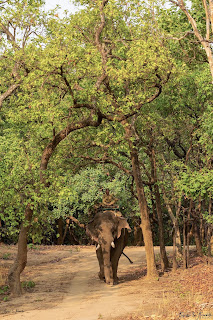 Slavery is any system in which principles of property law are applied to people, allowing individuals to own, buy and sell other individuals, as a de jure form of property (Wikipedia). Slavery was abolished in the United States in 1865 because it was a violation of basic human rights. But is it really totally abolished from modern society? If we expand the defition from only 'people' to any 'living being' such as animals, slavery is still very much there in different forms.

In slavery, human beings were treated as commodities, bought and sold, against their wishes. They were kept in confined spaces, away from their families. They were forced to serve their 'masters' without any remuneration and physically and mentally tortured on a regular basis.

Now read the previous paragraph again, this time replace 'human beings' with 'living beings' and we realize that slavery is still prevalent. We see animals slavery in a number of places: dolphins confined in tiny pools instead of the vast ocean, forced to 'kiss' tourists; the rulers of the jungles, tigers, kept in cages or chained or drugged to pose with tourists; orangutans forced to shake 'hands' with tourists in safari parks; and the list goes on. Even the cows and bulls used in agricultural farms or the horses or camels used for riding, all examples of animal slavery.

If human slavery was abolished more than 150 years ago, when are we going to open our eyes towards animal slavery and outlaw these inhuman practices?
at August 13, 2019
Email ThisBlogThis!Share to TwitterShare to FacebookShare to Pinterest
Labels: Animal Cruelty, Wildlife
Location: बांधवगढ़ नेशनल पार्क, Bandhavgarh, Madhya Pradesh 484661, India