The Horror of Climate Change 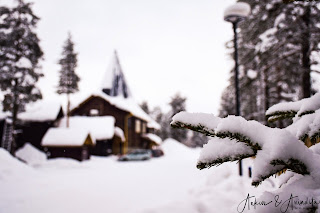 Those environment nuts keep talking about arctic ice melting and how that will kill those polar bears. But how does that matter to me? Why should I be bothered while I have better things in my day to day life to care about!! Let me illustrate what will be the scariest potential consequence to me.

Researchers have found 700 years old caribou (otherwise known as reindeer) feces containing a frozen plant virus being released from melting glaciers of Selwyn mountains in the Northwestern Canada. The virus was cryogenically frozen (which means the virus is not dead) for 700 years in extremely low temperature of a glacier and can now revive again after the glacier melted and the virus was released.

We have only watched in the Sci-fi movies that cryogenically frozen living beings come back to life after thousands of years. But beyond the fantasy, there is a scary, implication to this. Many more bacteria and viruses which have been successfully eradicated from the world like small pox, even ancient unknown viruses which modern medical sciences have never dealt with, may be cryogenically frozen in those ice caps. When the ice caps melt, they can be released into our soil, water, food, air rapidly and reach the farthest reaches of the planet, even far from those arctic regions.

While our modern science is still struggling with viruses like H1N1, Ebola and many more, new unknown viruses are also emerging. On top of that older viruses mutating rapidly pose huge challenge to even the smartest scientists. How much time are we going to get to invent vaccines or treatments to fight such unknown viruses? How long can we stand tall before we are wiped out from the face of the earth?

These changes are happening very rapidly. Even if not us, our children are going to see such consequences in action. Isn't it reason enough for me to start caring?
at August 17, 2019
Email ThisBlogThis!Share to TwitterShare to FacebookShare to Pinterest
Labels: Conservation, Global Warming, Nature
Location: Rovaniemi, Finland