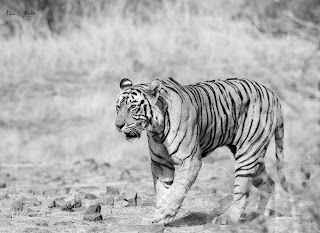 Scientists are saying that human interference has led to many species extinction. However, dinosaurs also went extinct, even without any human intervention. Then why is it a big deal?

Extinction is a natural process. As a part of evolution, one species goes extinct only for another or more species to evolve out of the ashes. The problem is the rate at which extinction is happening. When extinction occurs as part of evolution, it happens over thousands of years, if not millions. The time allows new species to also evolve at the same time to replace the extinct species' ecosystem services. In this process, big extinction can still change the face of the planet, but smaller extinctions can leave all ecosystem functions same without any significant impact. The longer time span also allows ecosystem processes to adapt to the environmental changes. The concern scientists raise is the rate at which human intervention is causing environmental changes and driving extinction these days without allowing sufficient time for evolution to take care of the changes.

The face of the planet has changed drastically in the past century due to human activities. Climate change is a threat just like species extinction. It leads to increased carbon dioxide in the atmosphere, altered rain patterns causing flood, variation in temperature. Who knows, given another million years, humans may evolve and learn to breathe carbon dioxide, live in the ocean or survive in hotter than desert temperatures. But without the sufficient time to evolve, our existence may well be at threat due to species extinction and environmental degeadations such as climate change.
at August 25, 2019
Email ThisBlogThis!Share to TwitterShare to FacebookShare to Pinterest
Labels: Climate change, Extinction, Tiger
Location: Ranthambore National Park, Rajasthan, India