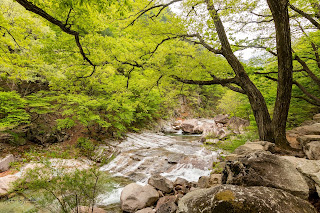 When there is a debate between economic gain and environmental gain, economics seem to win almost every time. Too many people ignore the need for saving the environment in the name of economic development. Developing countries have managed to get smaller goals to control environmental degradation because they cannot 'compromise' on their economic growth. Developed countries have gotten out of adequate actions citing the need for economic development to sustain their extravagant lifestyle. But what we miss in most of these cases is that, we are not doing anyone any favour by deciding to protect the nature and wildlife.

Human life can never be considered outside of the ecosystem. We are part of the ecosystem and whatever happens to it, happens to us, whether we see it readily or not. Historically, long term losses due to environmental degradation have always surpassed the cumulative economic gains. And whenever the government has decided to take some action in favour of the environment, the loss mitigation has been a few times larger than the cost. Example: when US and Canada got into a bilateral deal to reduce acid deposition, the cost of mitigation efforts was 1/40th of the losses in land productivity, property insurance, lawsuits and healthcare. There are many many more such examples. The price of clean up, loss of public health, lawsuits and others after a major oil spill or a blast in nuclear reactor or toxic chemicals from mining operation could as well be a few times higher than all the profits ever earned in these projects.

So let's understand one thing very clearly. We are not doing anyone any favour by deciding to protect the nature and wildlife. We are only doing a favour to ourselves.
at August 14, 2019
Email ThisBlogThis!Share to TwitterShare to FacebookShare to Pinterest
Labels: Conservation, Human, Nature
Location: Seoraksan, Buk-myeon, Inje-gun