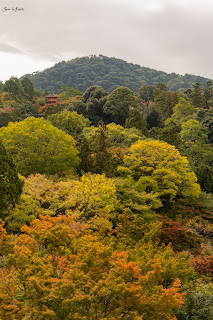 A few years back, I had the privilege of visiting Taman Negara in Malaysia. Taman Negara is the oldest rainforest in the world, nearly 130 million years old. Amazon, the biggest rainforest in the world, is also millions of years old. These rainforests are home to incredible biodiversity. Even if they occupy less than 7% of the earth's land surface, they are home to 50% of earth's terrestrial plants and animals. Millions of years of evolution has led to incredibly complex, diverse and interconnected ecosystem. This interrelations enrich human life as well through food, medicine, nutrients, oxygen, etc. Rainforests are our second biggest source of oxygen in the atmosphere.
And yet, these rainforests are under terrible threat due to human activities. Out of the 15 million sqkm of tropical rainforest that once existed worldwide, only 6 million sq km remain, and only 50 percent, or 75 million square acres, of temperate rainforests still exists, according to The Nature Conservancy. Uncontrolled agriculture, mining, ranching, logging and commercial palm oil plantations in addition to global climate change are the main reasons for forest loss. Between 2000 and 2012, more than 2 million sq km of forests were cut down around the world.
The contribution of rainforest ecosystem is critical to our survival. Other than oxygen production, forests regulate rain patterns, reduce harmful carbon dioxide from the atmosphere, provides food and medicine. And yet we are destroying them. This is a classic example of 'what is lost is lost forever'. These forests took millions of years to grow into the lifeline that they are today. Once they are destroyed, can we wait for another hundred million years for them to grow back?
Source:
https://www.livescience.com/63196-rainforest-facts.html