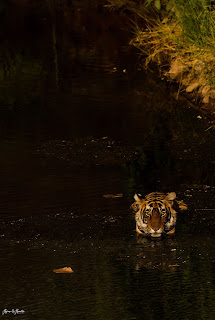 Are we still denying global warming? Are we still thinking it's because of reduced heat tolerance of the rich people? Forget what happens in the arctic, it's too far. Let's look at some data from our home.

India is currently witnessing its worst-ever heat wave, where several places have witnessed temperatures of 48 degrees Celsius and above in 2019. In most of these places this temperature is record high - sometimes 5-6 degrees higher than normal. Some places in Rajasthan have crossed 50 degrees mark.

"Heat wave is declared when temperature remains at 45 degrees Celsius and above for two days running. It gets a "severe" tag when mercury touches 47 degrees."
This is not a one off scenario. In last few decades heat waves have become increasingly frequent.

"Since 2004, the country has experienced 11 of the 15 warmest years. Last year was the sixth-warmest since 1901, when preserving weather records started in the country. Last week, 11 of the 15 hottest places in the world were located in India, the rest were in neighbouring Pakistan, weather monitoring website El Dorado reported."

Scientists have warned that the heat wave phenomena is going to become more and more common. These heat waves are already costing hundreds of lives every year. Since 2010, more than 6000 people have died in heat waves in the country, according to official reports. How much more evidences, how many more deaths is needed for us to start taking actions?
Source:
https://www.ndtv.com/india-news/with-record-temperature-in-4-cities-this-is-the-worst-heatwave-ever-2051565